Showing posts from June, 2013
Show all

June 30, 2013
I'm mourning the loss of Google Reader. I still can't understand why Google would cancel a service that I use everyday. Next to email, my rss feed is my most important internet resource and my primary source for news and inspiration.
I spent several months in a state of denial, thinking that they would change their minds at the last minute, but now the end is actually here.
I've switched to Feedly because it seems that's where most people are going. For the most part I like it but unfortunately I can't access their cloud from work. I guess I'll either become more productive or I'll wind up spending more time on twitter.
1 comment
Read more 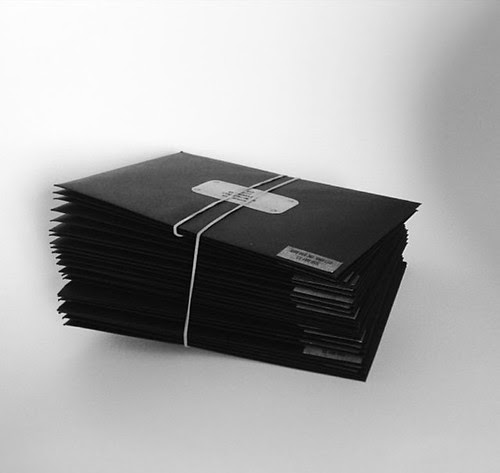 The invitations are in the mail! It's so nice to check that off our to do list.


But it's still all wedding all the time around here.

We've finished building the Claptrap card box. We might still give him a few more metal plates and spikes, but he's good to go as-is.
Chris and I have also been working on some of the outfits for the wedding party.

I picked up 3 vintage marching band uniform bibs for a great deal from a lovely etsy seller. I treated the stains and dyed them grey.

My little brothers will wear two and the other will be worn by Chris' best man.To make the best man really stand out we've  added buttons, medals and fancy epaulettes.
1 comment
Read more 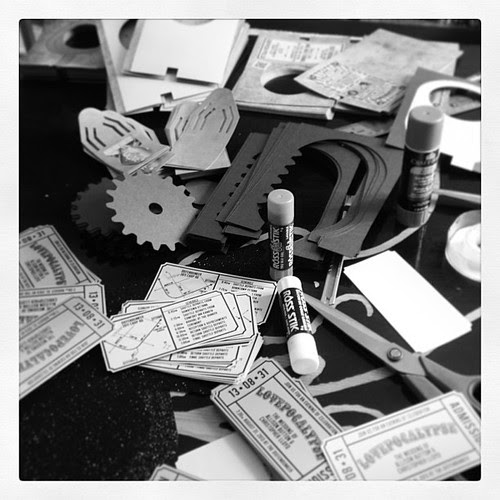 We're busy assembling the wedding invitations. Each card has 10 pieces to put together so there's lots of work to do! Thankfully we've got some great friends helping us out.
2 comments
Read more 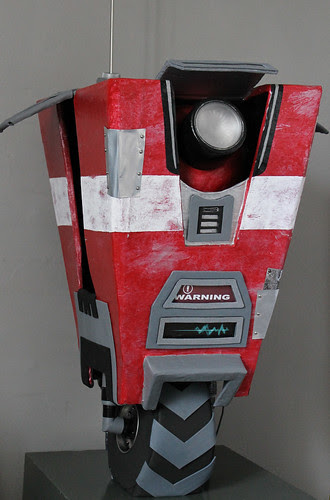 We're almost done Claptrap! He's just missing his arms and then he can start dancing.

No, he won't actually dance, but he will have little speakers playing some of his catch phrases including "Hey, check me out everybody! I'm dancin', I'm dancin'!"


For something that I told Chris would just be a weekend project, the card box has taken a lot of time, but I'm still really happy I decided to start work on it. I know there are more important wedding projects that need my attention, but it's the weird and wacky stuff like this that makes the whole process enjoyable. Of course, you might need to remind me that I wrote this when I'm stressing out the week before the wedding because none of the boring but necessary stuff was done far enough in advance.
Speaking of more important projects, we're almost done designing the invitations!

We've done some test prints and proofreading, and we should be starting to assemble them tomorrow.
Post a Comment
Read more 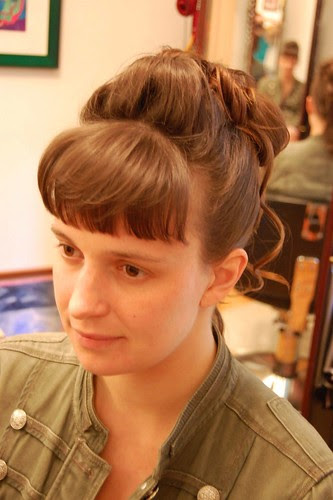 I was so worried about finding a hair dresser for the wedding. Chris has been cutting my hair for the last few years, so I don't have a preferred salon or stylist in Ottawa. To make it extra complicated, I needed to find someone willing to do my hair on location so I could be around to help set up on the big day.

Fortunately a good friend came to my rescue and suggested Karmel Koshman.
We did a trial run of my updo and it was lots of fun and I'm very happy with the results. 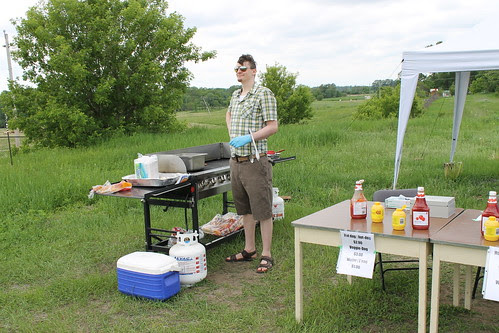 This year for Doors Open Chris and I volunteered at the Diefenbunker.
They had some people cancel at the last minute so we offered to help with the BBQ.

Saturday was a beautiful day and we had a great time. The bunker was a popular stop for Doors Open, they had over 3000 people walk through over the weekend!